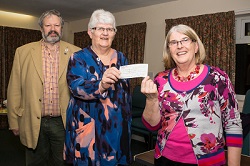 The Diamond Jubilee Appeal has been an outstanding success!

The Project we raised the money for!

The Blood Taking Department was one of the busiest units at St Cross.

Every weekday over 300 people attended the department; that’s well over 60,000 a year. This often led to an overcrowded waiting room and lengthy queues which sometimes extended out into the busy corridors.

To meet this demand, which results in a staggering 350,000 pathology tests in the laboratory, there were just four cubicles and they were separated from the waiting area by the hospital corridor that led to the day surgery suite.

Keeping waiting to a minimum was a daily challenge for the staff. 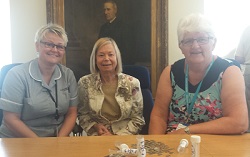 Friends volunteer Jane Wood was so impressed with the popularity of the 5p campaign that she and her husband thought that it would be nice to give the person who thought of the idea a small present of a 5p piece enclosed in a glass pig! 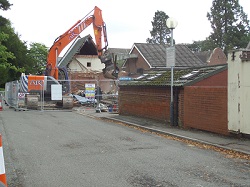 Latest plan for the new unit 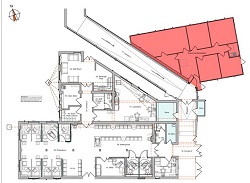 The latest draft floor plan for the new Blood Taking Service was shared with the Main Committee on the 13th July 2015. 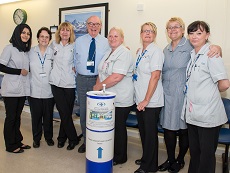 The Blood Taking Team have come up with a great range of activities to support the Diamond Jubilee Appeal – the most popular of which is ‘Fill our Pee Pots with 5ps’ – the team are handing out sample pots to people visiting the unit at St Cross and are inviting them to collect 5p pieces in the pots, or any spice jars or other collecting tins that they have at home, and to pour them into the collecting cylinders in the Blood Taking Department or Out-Patients the next time they come to the hospital.

The team is pictured with Anthony Newman who has been a Friends Volunteer for 20 years and is also a member of Rugby Theatre and who has made a significant contribution to the Appeal. 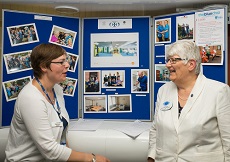