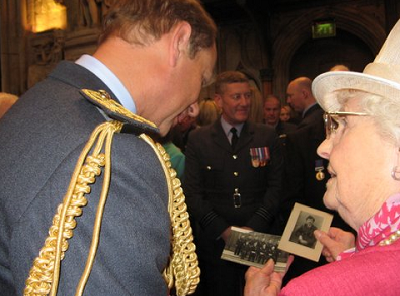 Mary Lock is a member of the Civil Defence Association (CDA) and she is believed to be the only surviving member of the association from Coventry and as such, she was invited to St Paul’s Cathedral to commemorate the 75th anniversary of the Battle of Britain.

She was greeted there by Sir Neil Thorne OBE TD DL, representing the CDA, to whom she emphasised that she was, in truth, there representing her comrades in the CDA.  They were often in her mind as the day unfolded.

Mary Lock and her family survived the blitz on the 14th of November 1944 when their house in Three Spires Avenue was destroyed by a land mine. However many of her friends and neighbours perished that night and her mother died shortly afterwards, undoubtedly because of the stress under which the family laboured.  Undaunted, like so many Coventrarians, Mary joined the Civil Defence and was drawn to the Fire Guard where she became the only female Instructor.

After the very moving Service at St Paul’s, Sir Neil escorted Mary to the Guildhall where she was introduced to Prince Edward.  The photo of them in conversation is very telling, both of the Prince but also of Mary.  It shows the deep interest he took in her story of the Coventry Fire Guard. It also conveys the importance to her of ensuring the memory of her Coventry colleagues was recognised on the day.

Mary has since told her story for a radio broadcast on Touch FM and to pupils of Cardinal Wiseman School. Students at Coventry University have made this video recording about the blitz which includes a conversation with Mary about the war and the changes to Coventry that took place since then.

92 year old Mary continues her voluntary service to this day as a member of the Friends of St Cross. She regularly staffs the Tea bar in the hospital and also helps serve tea in the staff room in Out Patients. Another of her proud moments came in 2014 when she presented a bouquet to Princess Alexandra when she visited the hospital to open the Queen’s Diamond Jubilee Rehabilitation Centre.

Photos courtesy of Mary Lock and her family who have also produced this video featuring Mary at St Paul’s Cathedral. 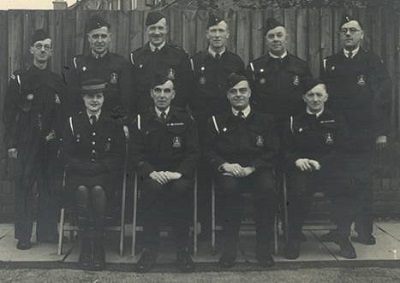 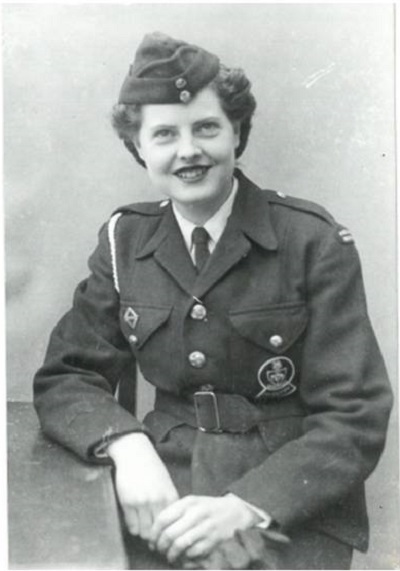