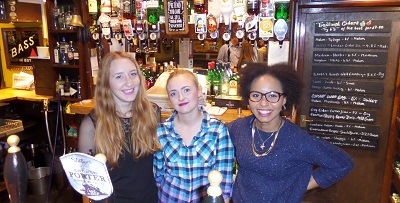 Staff and customers of the Merchants Inn have been supporting the Charity since the launch of the Appeal last June. Since then they have raised over £500 through a mixture of activities including Quiz Nights, raffles and collecting tins on the bar!

Meanwhile the Friends have been nominated by customers of both ASDA and the Nationwide Building Society to be one of three potential recipients of their charity donations. Supporters can be Diamonds and vote for the Friends in the local store and the local branch at any time up until the end of March.